Pauline was a graduate of Spaulding High School, class of 1957. Polly dedicated her life to caring and mentoring in the medical profession - a tribute to her parents who were a doctor and nurse 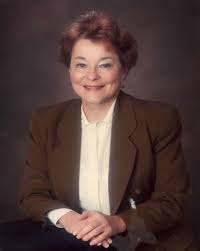 respectively. Her career started with receiving a Bachelor of Science degree in Physical Therapy from the University of Connecticut in 1961. She then moved on to receive her Master's in Education from Boston University. Her teaching career started at Northeastern University, where she spent several years rising through the ranks to become the Academic Coordinator of Clinical Education/Acting Chairperson of the Physical Therapy Department.

During her career at Northeastern she successfully achieved her Doctorate of Education degree in Rehabilitation Administration in 1987, at Northeastern. Her career then moved her to become the Director of Rehabilitation at Mass General Hospital where she also taught at the MGH Institute. From there, Polly assumed the Directorship of Physical Therapy, Assistant Dean of Allied Health at the University of Colorado from 1988 through 1996 then her career ended due to a tragic accident.

Among her interests were skiing, biking, golf, being a Red Sox fan and worldwide travel. Pauline passed away at 71 years of age on September 11, 2010 at Rose Meadow Farm in New Boston, N.H. Her memberships in her profession were numerous and she was a highly respected member of the American Physical Therapy Association.

To acknowledge an individual who has distinguished himself/herself as an educator, administrator, practitioner and/or mentor as exemplified in the professional career of Pauline "Polly" Cerasoli, PT, EdD.

Polly Cerasoli was the chair of the physical therapy program at the University of Colorado when she was attacked and critically injured by a still-unknown assailant while attending CSM in Atlanta in 1996. The idea for the lectureship was generated by a group of Cerasoli's friends and colleagues to recognize her commitment and contributions to the profession. Recipients of the lectureship have distinguished themselves, as Cerasoli did, as esteemed educators, administrators, practitioners, and mentors. Cerasoli's family directed that proceeds from the Pauline Cerasoli Fund, originally created to support the family, be used instead to fund the annual lecture.

Nominees for the award must:

The distinction of a nominee's contributions to the profession of physical therapy will be judged on the basis of:

In 1996, during the CSM in Atlanta, Georgia, Pauline Cerasoli was attacked and permanently injured by an unknown assailant. Since then, only time has been able to soften the edge of our shock and heighten our awareness that such an event could happen to someone among us... to a close friend of many...and to a colleague of all of us.

At the time of her injury, Pauline was serving as Director of Physical Therapist Education and Assistant Dean of Allied Health at the University of Colorado. She had been an active member of the APTA for more than 40 years, and throughout that time was very active in the APTA Academy of Education. She was considered a widely respected mentor and leader, and her prodding encouragement pushed all those around her to new heights.

The APTA Academy of Education, APTA sponsors the Pauline Cerasoli Lectureship at CSM each year. This lecture recognizes selected leaders, educators, and practitioners in the field of physical therapy. During the first Pauline Cerasoli Lectureship in 1998, her nephew read excerpts from letters her family received from Pauline's friends, colleagues, and students. The outpouring of love and respect for her contributions and her impact on the lives of so many was overwhelming.

It was determined that recipients of the Lectureship would be those who have distinguished themselves, as Pauline did, as esteemed educators, administrators, practitioners, and mentors, and likewise as articulate, sensitive, and caring individuals. The Cerasoli Fund was originally established to assist Pauline's family in providing for her care however, Pauline's family dedicated the fund money to initiate an on-going lectureship in Pauline's name. Thanks to this very kind and generous act and the continued support by the APTA Academy of Education, each of us may continue to enjoy the annual lecture that has been created to honor the commitment and dedication of Pauline Cerasoli.